The Hostel is open for new bookings, although current visitor capacity may be reduced. Click Hostel for more details.

Bookings for Papay Tours and visits to the Holm of Papay during 2021 are open on flexible dates. 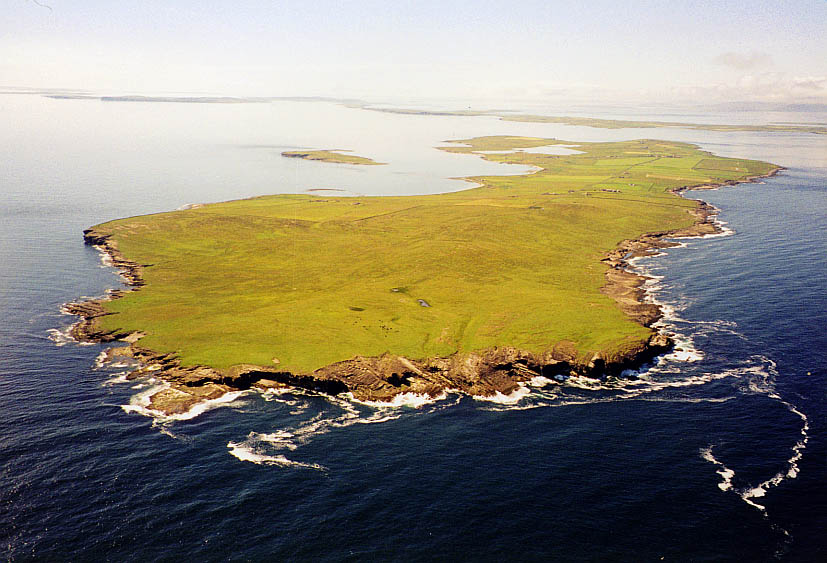 Papay from the north - photograph by John Harper

The North Hill is perhaps Orkney's finest area of maritime heath. Such heaths are globally rare, and it is this habitat, along with sea cliffs, which makes Orkney so important in nature conservation terms. North Hill is one of the reasons why Papa Westray is excellent for birdwatching.

The hill is a wild and windswept landscape jutting out into the north-east Atlantic. Its highest point - Errival - is just 48 metres (150 feet) above sea level. North Hill is managed as a nature reserve by the North Hill grazing committee and RSPB Scotland, in conjunction with Scottish Natural Heritage as it is a Site of Special Scientific Interest.

During the bird breeding season (April to August), access is restricted to a route around North Hill which hugs North Hill, a circular walk from Loch of the Taing to Fowl Craig and back past Hundland, and the short walk from the roadside gate to the Hyndgreenie Hide. These restrictions on access are important to avoid disturbance to the breeding birds.

The Hyndgreenie Hide is in the former coastguard hut. It offers a huge vista over the moorland, giving views of breeding birds such as Bonxies (the local name for Great Skuas), Lapwings and Oystercatchers. Loch of Hyndgreenie is visible from the hide, and scarce visitors to this small rush-fringed lochan have included Garganey and Black-tailed Godwit.

The moorland is important for breeding Bonxies, Arctic Skuas, Curlew and Dunlin. The hill used to have many breeding Arctic Terns, but in recent years their numbers have crashed, due to a lack of food as the seas around Orkney have warmed. This is thought to be due to climate change, with warmer waters not suiting the Lesser Sandeel on which Orkney's seabirds used to depend. 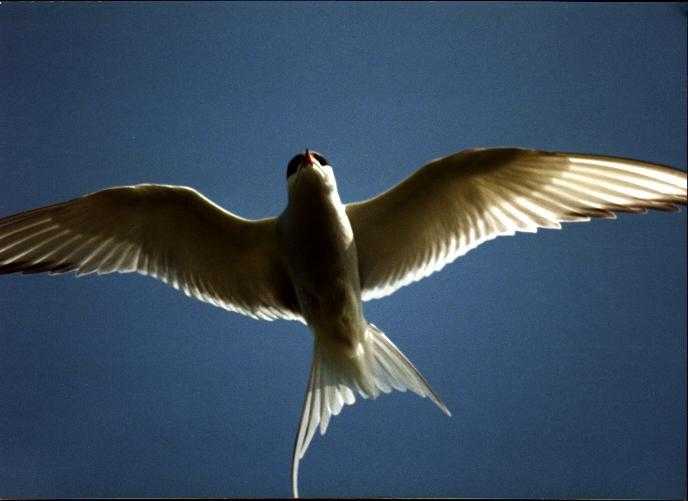 
The 15 metre (50 feet) cliffs at Fowl Craig are home to nesting Guillemots, Razorbills, Shags and Kittiwakes, as well as a few Puffins. Most of these species also feed on sandeels, so their numbers have also declined, catastrophically so in the case of Kittiwakes. A handful of birds are all that is left of the Kittiwake colony that used to number in excess of 500 pairs on Fowl Craig.

The Puffins can often be seen around the geo at the north end of Fowl Craig, where the pair of Ravens usually nest. Other pairs of Puffin are scattered along the rest of the cliffs, where they nest in crevices. Puffins are only present from late April to the end of July.

A miniature Great Auk sculpture stands on Fowl Craig as a sad memorial to the senseless extinction of this bird. The last of Britain's breeding Great Auks was shot here in the unenlightened days of 1813. At 75cm (2.5 feet) tall, this flightless bird was very much the penguin of the Northern Hemisphere.

A single Great Auk visited St Kilda in 1844, but it too was killed, whilst the last birds at the world's last breeding colony (in Iceland) were 'collected' in the same year. The final sighting was of a bird at sea off Newfoundland in 1852. Killing for food and latterly collection of eggs and adult birds as museum specimens was the cause of this tragic extinction.

Watch out for an amazing kaleidoscope of beautiful flowers including the famous Scottish Primrose (Primula scotica). This tiny jewel is found nowhere in the world outside a few precious spots in Orkney and along the far north coast of mainland Scotland. The many other wildflowers include Spring Squill, Foula Eyebright, Devil's-bit Scabious and Mountain Everlasting. The more sheltered and heathier parts of the hill support Crowberry and other dwarf shrubs such as Heather, Bell Heather and Cross-leaved Heath. Lesser Cow-horn Bog-moss (Sphagnum inundatum) is found in wetter spots. 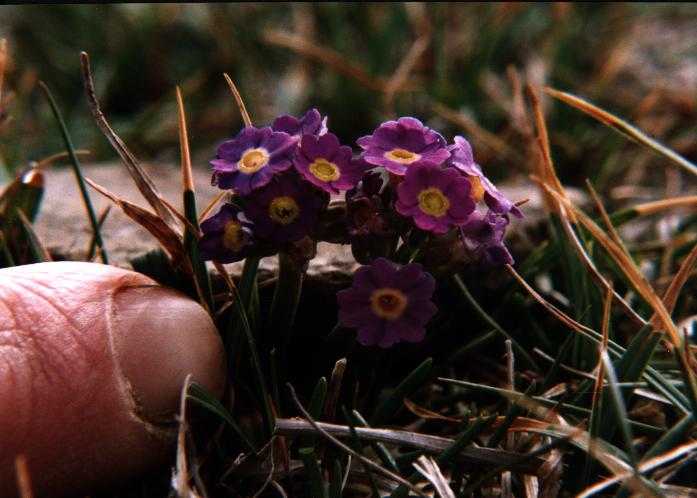 
In World War II, the Home Fleet regularly sailed north from their anchorage in Scapa Flow to practice sea-to-land bombardment, using North Hill as their target, particularly in the run up to the 1944 D-Day landings in Normandy. North Hill is still pockmarked with shell craters, some of which now water-filled, providing habitat for uncommon plants such as Brackish Water-crowfoot, Lesser Marshwort and Floating Club-rush.

In autumn, a wide range of fungi are found on North Hill. They include grassland species such as waxcaps and earthtongues. In addition, there are a number of specialised toadstools with a mutually-beneficial 'ectomycorrhizal' relationship with the Creeping Willow which has its prostrate shoots scattered across the moorland.

The RSPB Scotland warden lives on the island during the spring and summer months to guide visitors and monitor the bird populations. Information on guided walks is available from the RSPB's office in Orkney - email orkney@rspb.org.uk or ring 01856 850176.

The diversity of seabird species breeding here and on the Holm of Papay, and the historic numbers of Arctic Terns and Arctic Skuas, have led to designation as a Special Protection Area. This recognises North Hill as of international conservation importance. Black Guillemots (known locally as Tysties) also breed around the coast of North Hill in important numbers, and the surrounding sea has been designated as a Marine Protection Area to protect the area where they hunt Butterfish.

"On the broad ridge-summit and upper slopes of North Hill and Errival are at least forty burial-mounds, all circular or oval, and varying from 6m to 11m across and up to 0.7m in height. RCAMS reported the presence of 'cramp', and the OS records slab-structures in two. This is in the heart of Europe's largest arctic tern colony, and thus access is difficult in summer-time."